My sis, ruder-chan came down to KL past Saturday and just went back this morning.
The purpose of this journey is a path towards future! 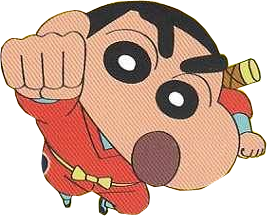 
I have accompanied her to Salon Number 76 at Mid Valley for interview.
Rian accompanied us for the first day, Saturday. 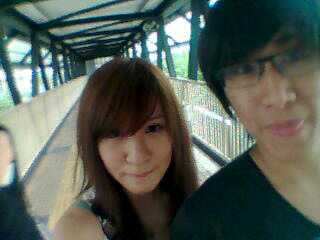 but they were buzy so i went again on Sunday with ruder.
and,
Sasuga dana! Japanese salon is so different! >:)
I almost felt like having a spontaneous haircut there!:D


Throughout the interview im actually quite impressed of the working system being practised in the salon.
The hairstylist even though working, they are constantly updating their skills after work to night.
Multiple stages of examination has to be sit in order to scrutinize and categorize the ability of the hairstylist at different levels, of course when their level gets higher, the become more senior and their pay gets higher. :)
The whole process is definitely going to be real tough and tiring, but i am sure all the hard work shall be paid off once one reaches the top level.
and, as expected, Japanese is very punctual in their culture, so do this salon.
Pay will be cut if one is late for work, even one minute. They are very strict on that. They believed that if such incident are given an easy way out, people take for granted, and the system structure which directly affects the overall performance will get affected.


Back to the interview result, the interview were somewhat quite successful i shall say. They are very in need of assistance as well. I hope my sis will take very good considerations on this offer. I know I am part of the reason of all the mess back there, sorry for recommending this salon in such a sudden when you have just decided to go Taiwan for the course after hills and hills of obstacles. However, hope you understand that I am just trying to offer you more opportunities to roll over. Do think it through and do the best decision for yourself, not the others.


---------------
For my part, if ruder ever taken up the job, she will be earning more money than i do..T~~~T
and she definitely will be picking up Japanese much earlier than I do.
Better opportunity to travel or work in Japan than I do...


I am somewhat jealous.
I start to think i should take more serious look on my Japnese language study now.
I thought of joining ruder in the salon as part time shampoo girl during the weekends.
and then i thought I will never become a hairstylist like I wanted anyway.
and I start searching for some fashion apparel company for part time jobs. I didnt know there are quite a few of options in Malaysia until yesterday. However, I have no idea how to start applying.


Of course, I have brought ruder to places,shopping malls..
=w=
Times Square, Sungei Wang, Mid valley and Gardens.
Attracted by the photos, hehe, We tried Express Soup in Mid Valley yesterday before the interview.
Soup in BREAD~ 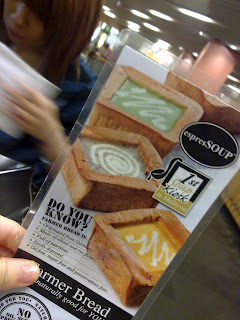 This is how it looks in pamphelts. 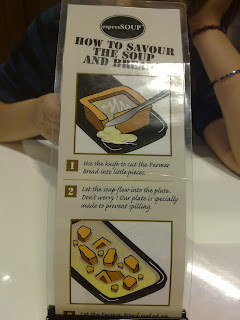 This is how you suppose to eat it.. 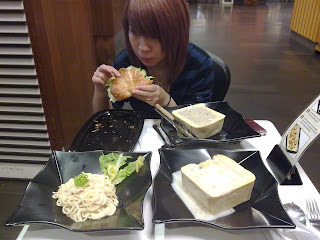 The food came. Not as eye-pleasing as seen in image in the pamphlet..=w=
Ruder ordered Mushroom soup + bites set.
I ordered clam soup + spaghetti set. 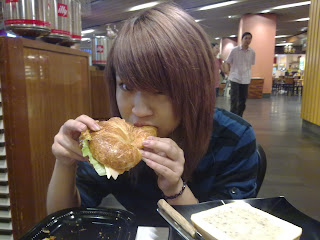 she said the bites is good. 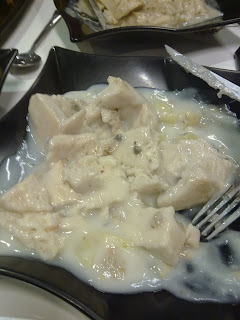 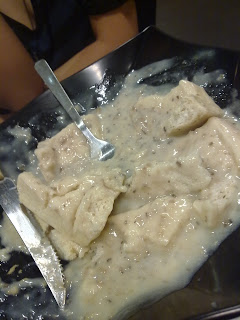 yeap, it looks quite disgusting. coz the bread are soaked.
We were bloated as well.
But to be honest, leave aside the bread, if you taste soup, its actually quite nice.:)
Lots of things that can be further improved.:D

I can say this weekend is very much memorable for me.
My first time driving to Time Square and Mid valley by myself.:D
and a disaster to wait for that stupid ktm for more than an hour at mid valley on saturday just to get to KL sentral to wait for another train to Subang.-w-

Got souvenirs from my elder sis who just came back from Japan. 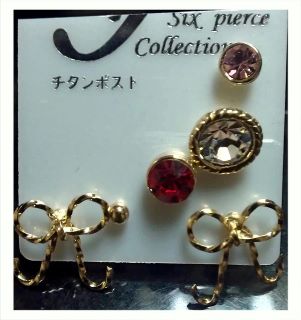 Earring set. It looks very thick and big right here. but its very small and sweet actually. Very naish!!:D
and perfect for people like who have many piercings..heheh can wear as a whole set! xD 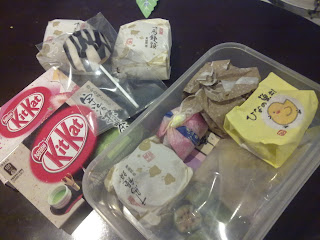 Many Many food. :D 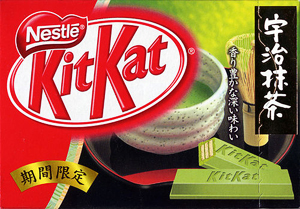 I googled the kit kat and found that they have sakura matcha too!:D
they claimed it has abit of cherry taste.. yum...
i wonder how it taste like...xD 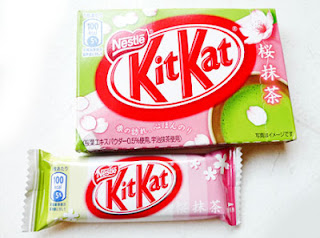 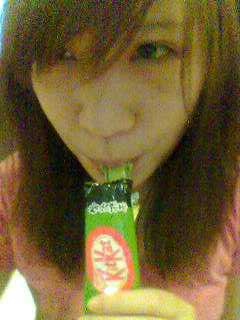 I actually asked my sis to get Gazette's TOXIC album.
But it was RM200! BUT ITS JUST A CD!
Did the CD price went up?
I remember i bought alice nine's zeikkeishoku at only RM120, with DVD too...

Anyhow,
Thank you vewi much for the gifts!! :D
I am much eager to go Japan now and then!:D

i also wish for July to come earlier so i can have my new phone, so i dont have to update my blog in one go which such long article anymore..dammit. =w=

Posted by れい at 00:48
Email ThisBlogThis!Share to TwitterShare to FacebookShare to Pinterest